The project  comes from the lack of direct relationship between the outside and the existing living spaces. The concept is to create pure and contemporary volume which surrounds the garage from the northern facade to the southern frontage. The volume dialogues respectfully with the existing building and the surrounding context.
This blue stone volume contains bathrooms. Moreover, an open-fire is placed at a certain distance from the existing building in order to let it breathe and to create an opening between the entrance of the property and the garden.
This volume is covered by a flat roof which covers the entrance of the garage in frontage and makes/generates a car-park. The volume is also shifted from the facade in order to create a new access to a new space on the southern facade: “the winter garden”.
This living space is completely glazed on both side.
Two natural materials dialogue to each other: blue stone from the Hainaut and glass.
The placement of this stone is expressed under two aspects: cleaved horizontal hardcore layers posed free in and out and large gray ground flagstone.
These aspects of the stone are declined as well inside as outside in the order to create continuity with the garden. 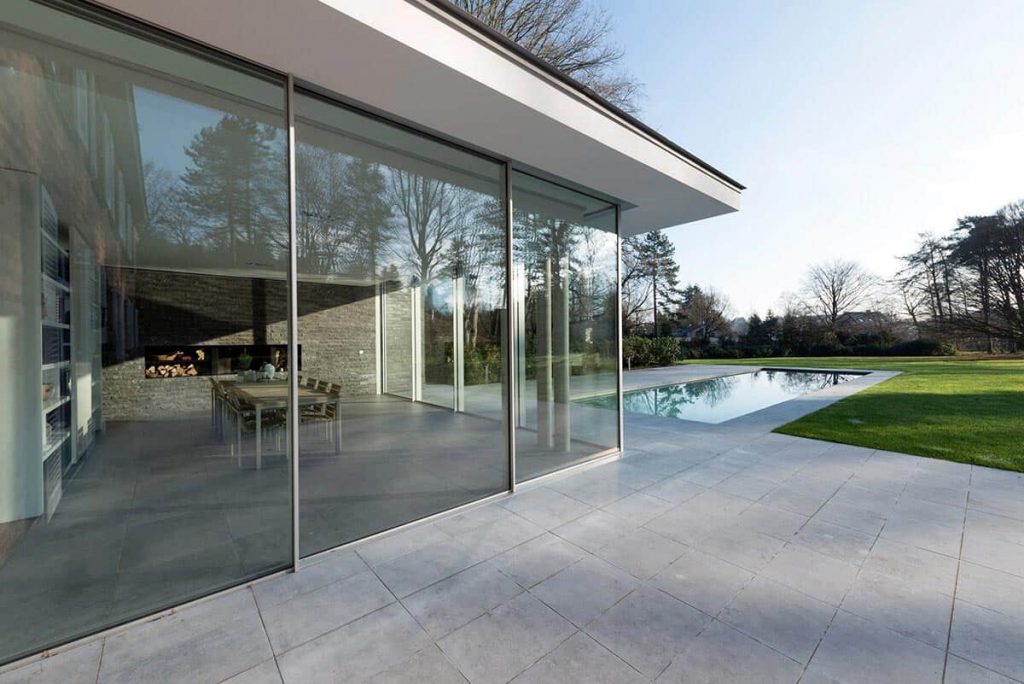 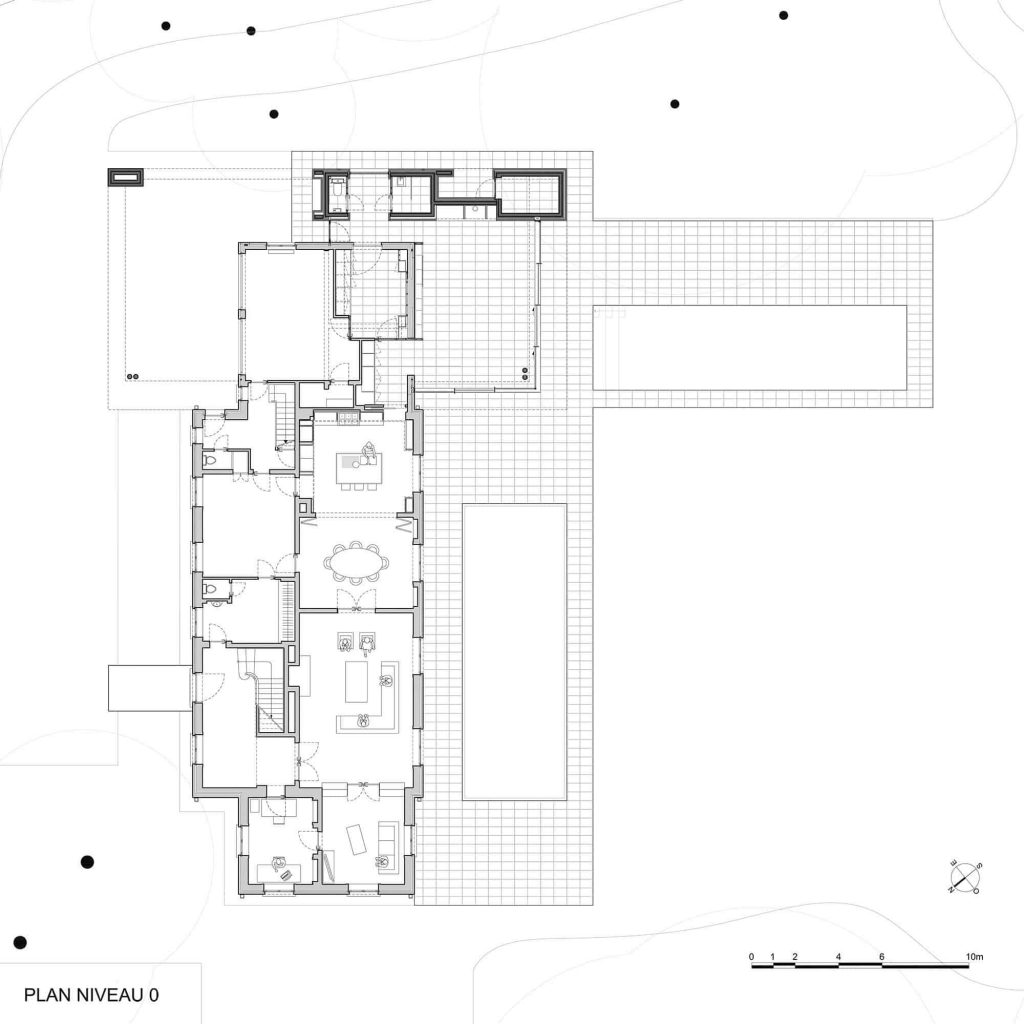 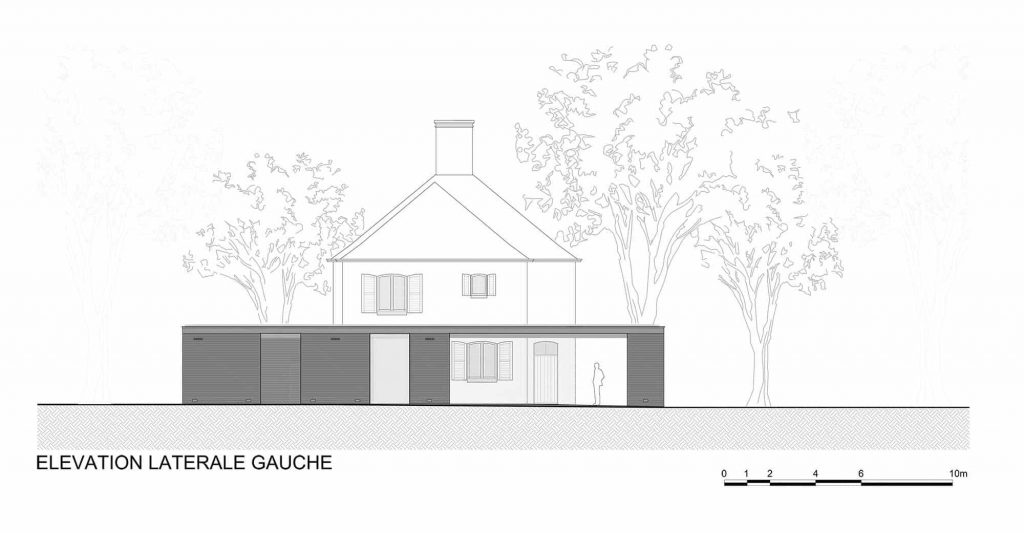 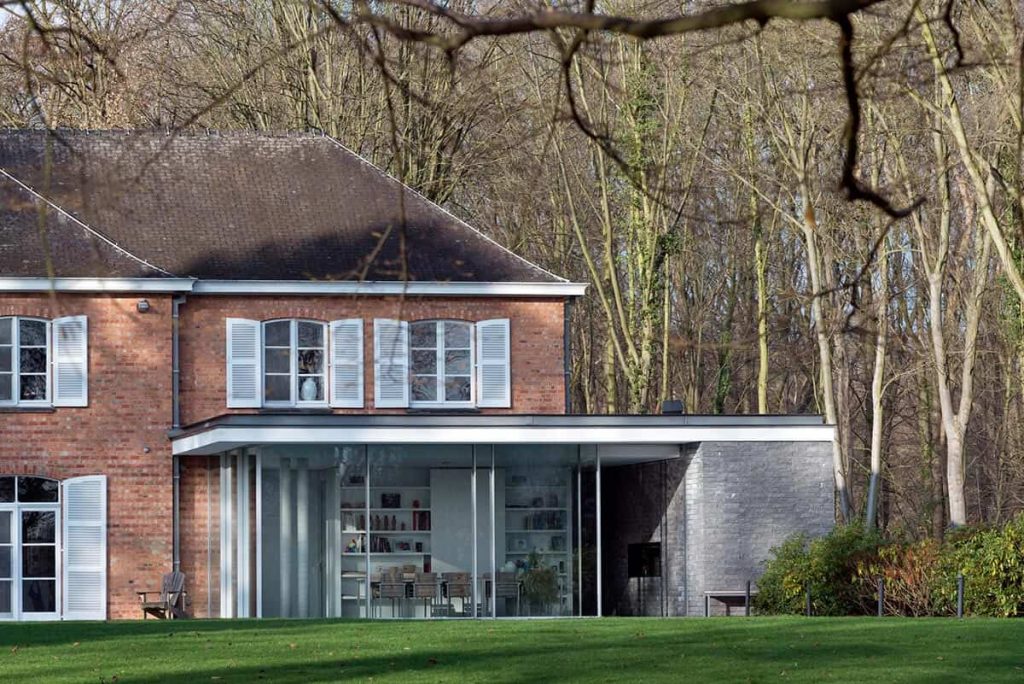 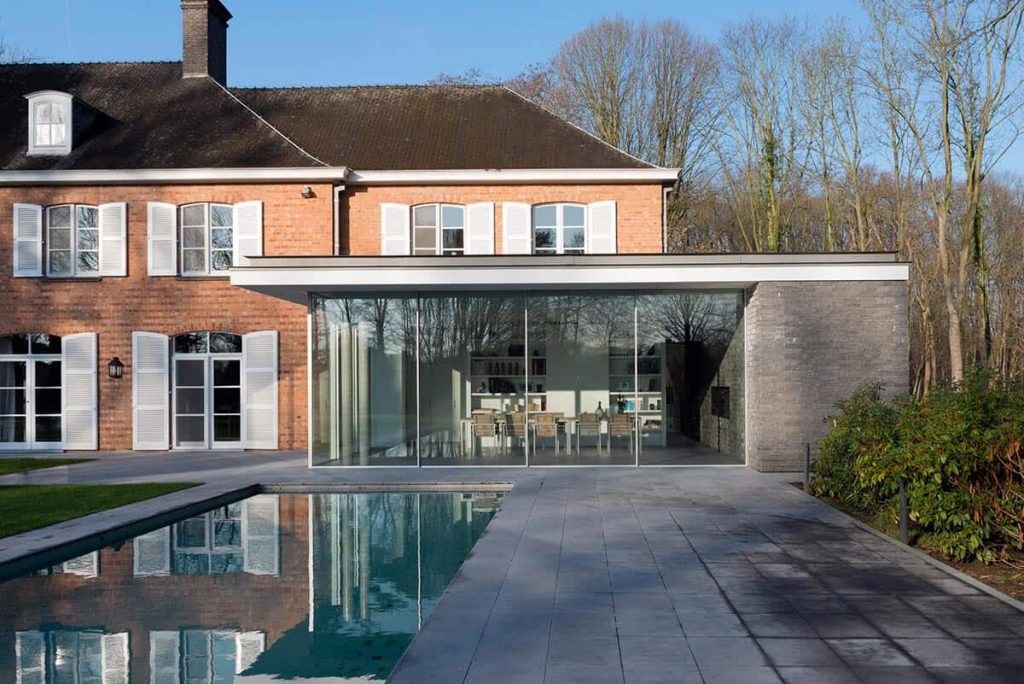 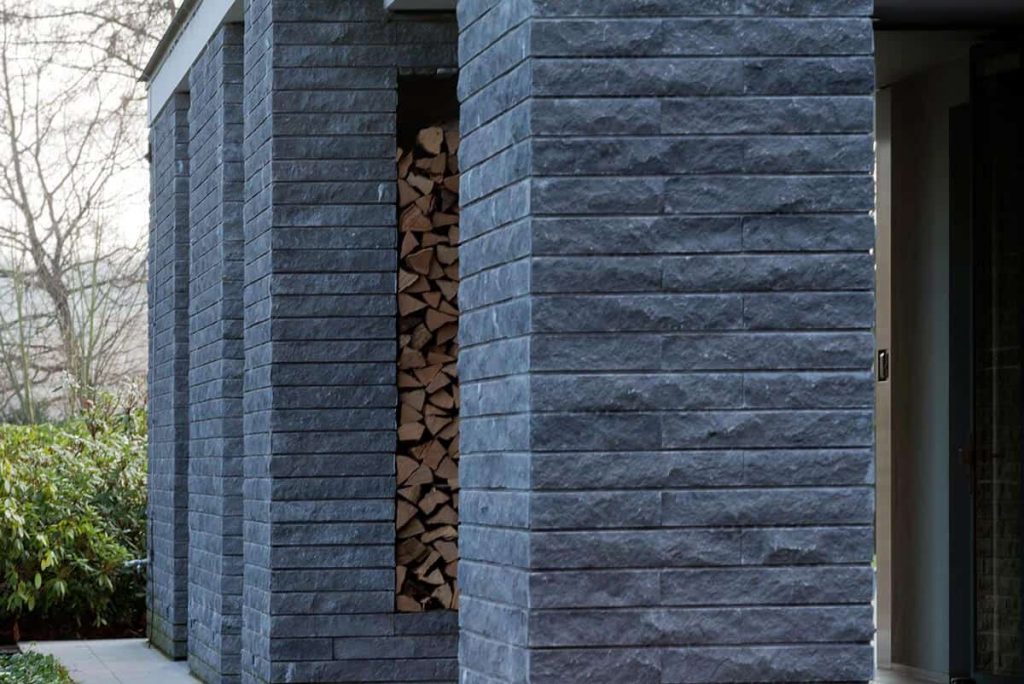 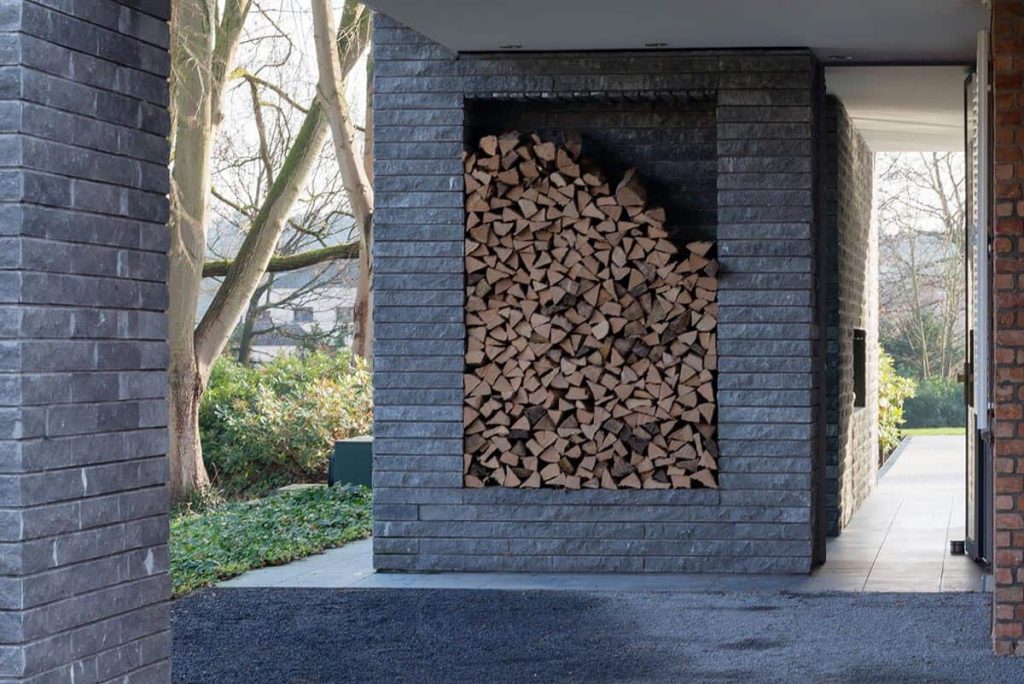 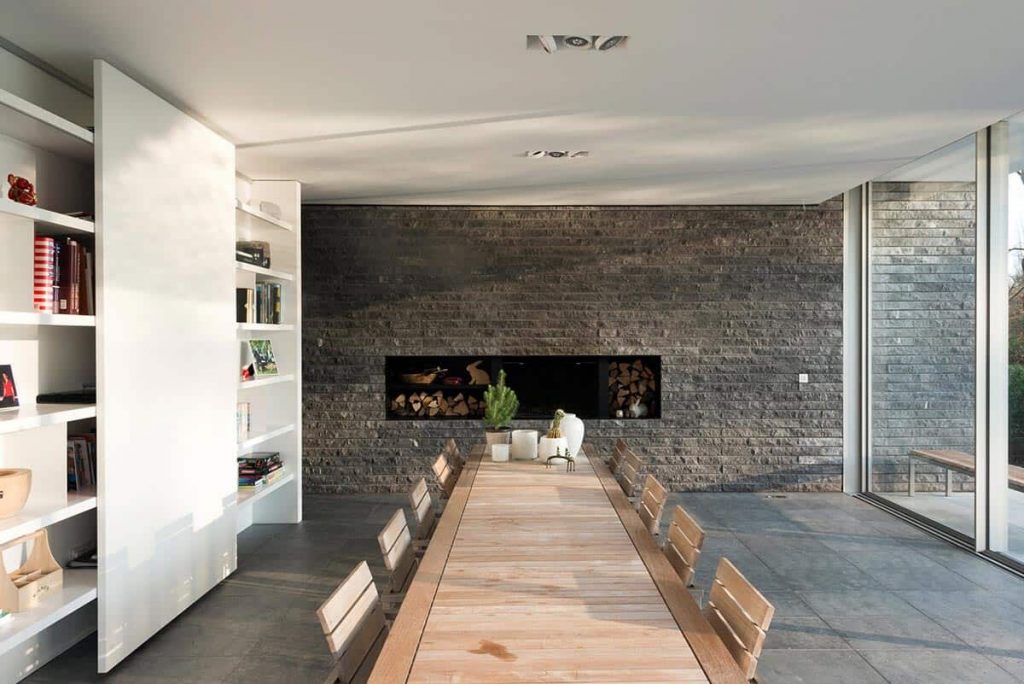 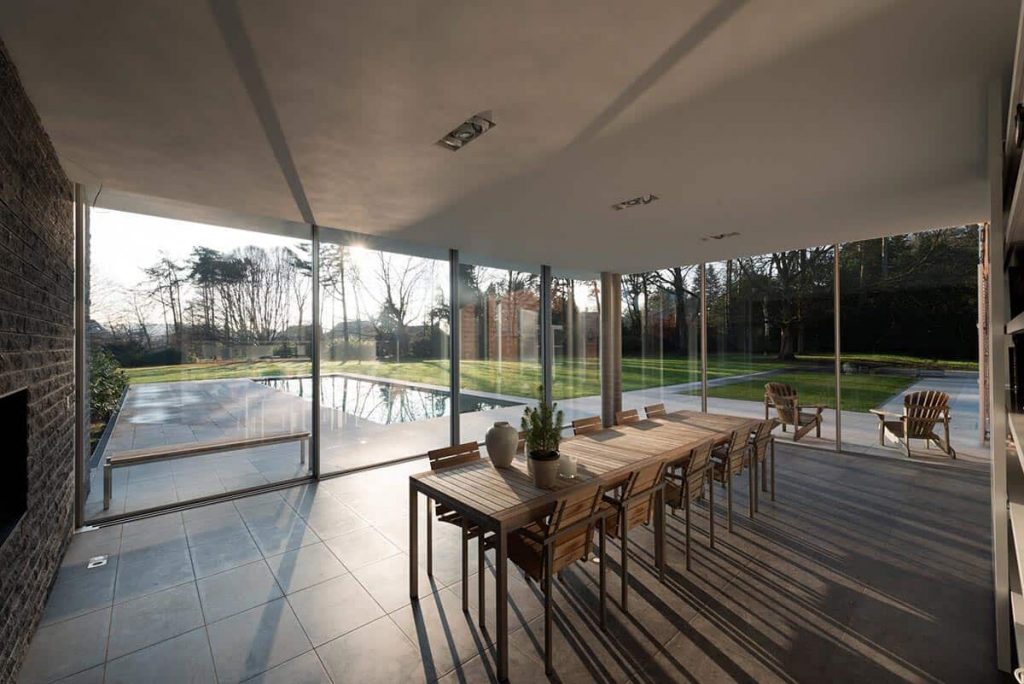 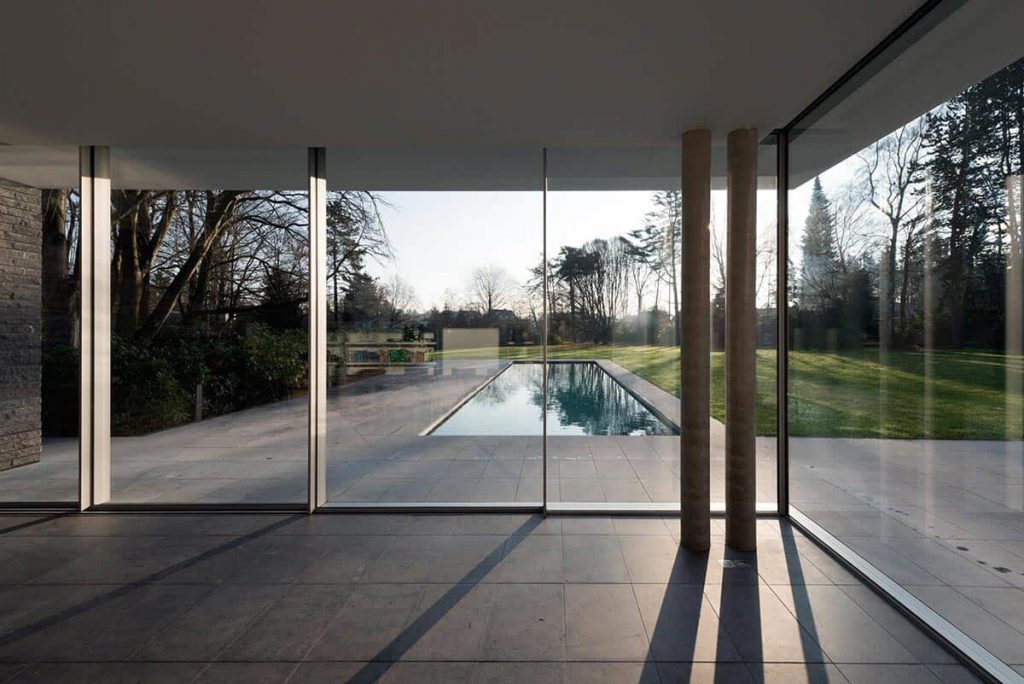 Realized with the support of Brussels Export / © Claisse Architectures

This website uses cookies to improve your experience while you navigate through the website. Out of these, the cookies that are categorized as necessary are stored on your browser as they are essential for the working of basic functionalities of the website. We also use third-party cookies that help us analyze and understand how you use this website. These cookies will be stored in your browser only with your consent. You also have the option to opt-out of these cookies. But opting out of some of these cookies may affect your browsing experience.
Necessary Always Enabled
Necessary cookies are absolutely essential for the website to function properly. This category only includes cookies that ensures basic functionalities and security features of the website. These cookies do not store any personal information.
Non-necessary
Any cookies that may not be particularly necessary for the website to function and is used specifically to collect user personal data via analytics, ads, other embedded contents are termed as non-necessary cookies. It is mandatory to procure user consent prior to running these cookies on your website.
SAVE & ACCEPT